Turn your dash/logger into a rearview mirror.

The MX Series* has a new functionality: the last generation of AiM devices is now able to manage up to two rear cameras which show the driver what happens behind him both when he’s driving and while he’s parking the car. 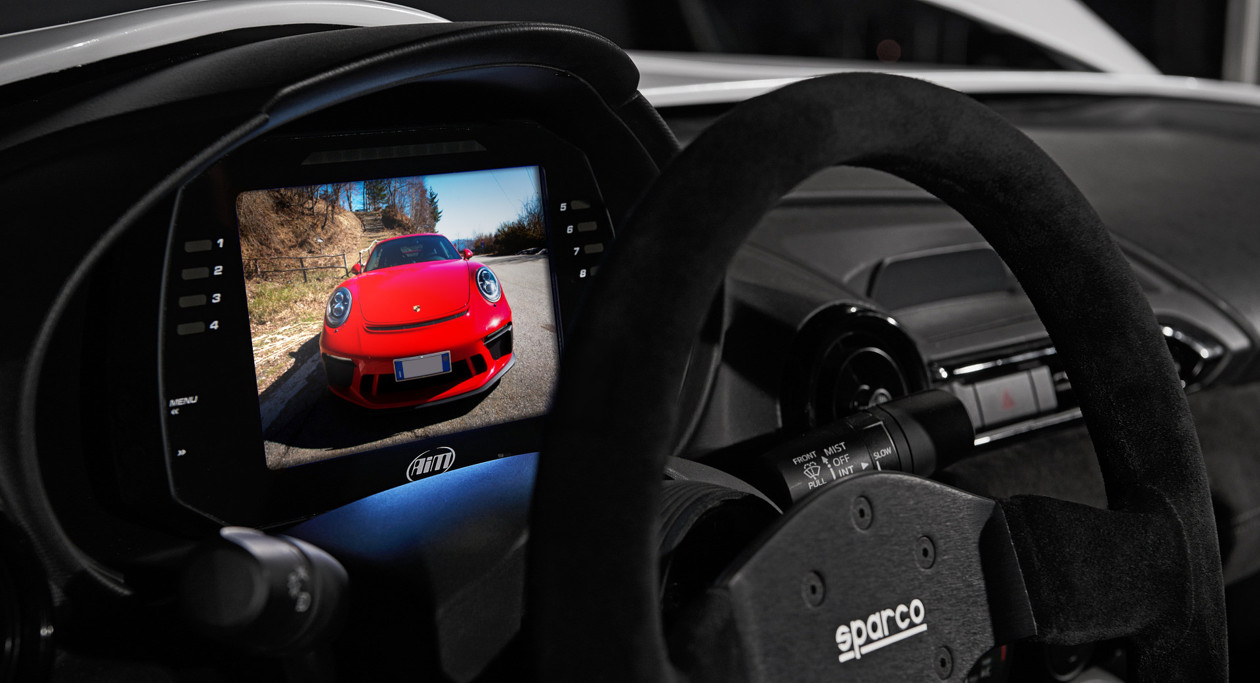 IN THE BOX
XB1ZCAMHD00 Rear camera